"Your best score" on map page showing the wrong score ?

I have just noticed this today on Geoguessr Country maps and I'm not sure if it's an actual problem or if I'm misunderstanding something.

I discovered the issue when I recently decided to play a few "No move, no pan no zoom" games on the Australia and France maps. This was the first time I played these maps since I got a gold medal for them in explorer mode. For the Australia map, for example, I originally achieved a score of 24,997, which gave me a gold medal and showed up as my best score. Then, today, after playing a few gamesof nmnpnz, it showed my best score as being 10,000 or so. At first, I thought that the issue might be related to the "gamemode selection checkboxes" before you start a game, with a best score being associated to each of the options, and with the best score line displaying the last gamemode's best score and not the overall one. That being said, I then tried playing with default settings (which is what was used when I got my gold medal) and got a score of 23,975 which, in turn, showed up as my new best score.

I don't know if this is an intended feature or if the "Your best score" count just got reset recently, but I would love to have some information on it ! 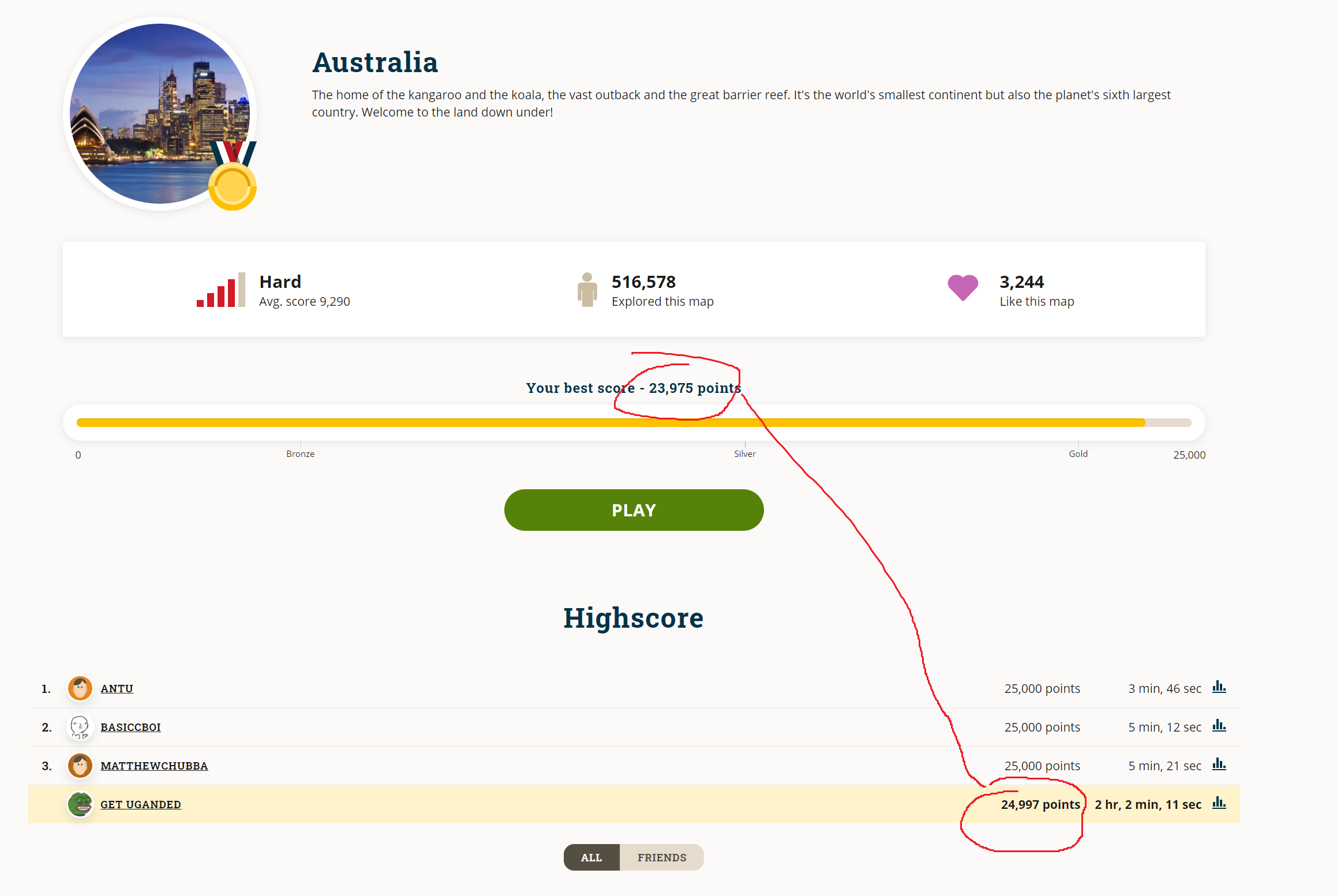 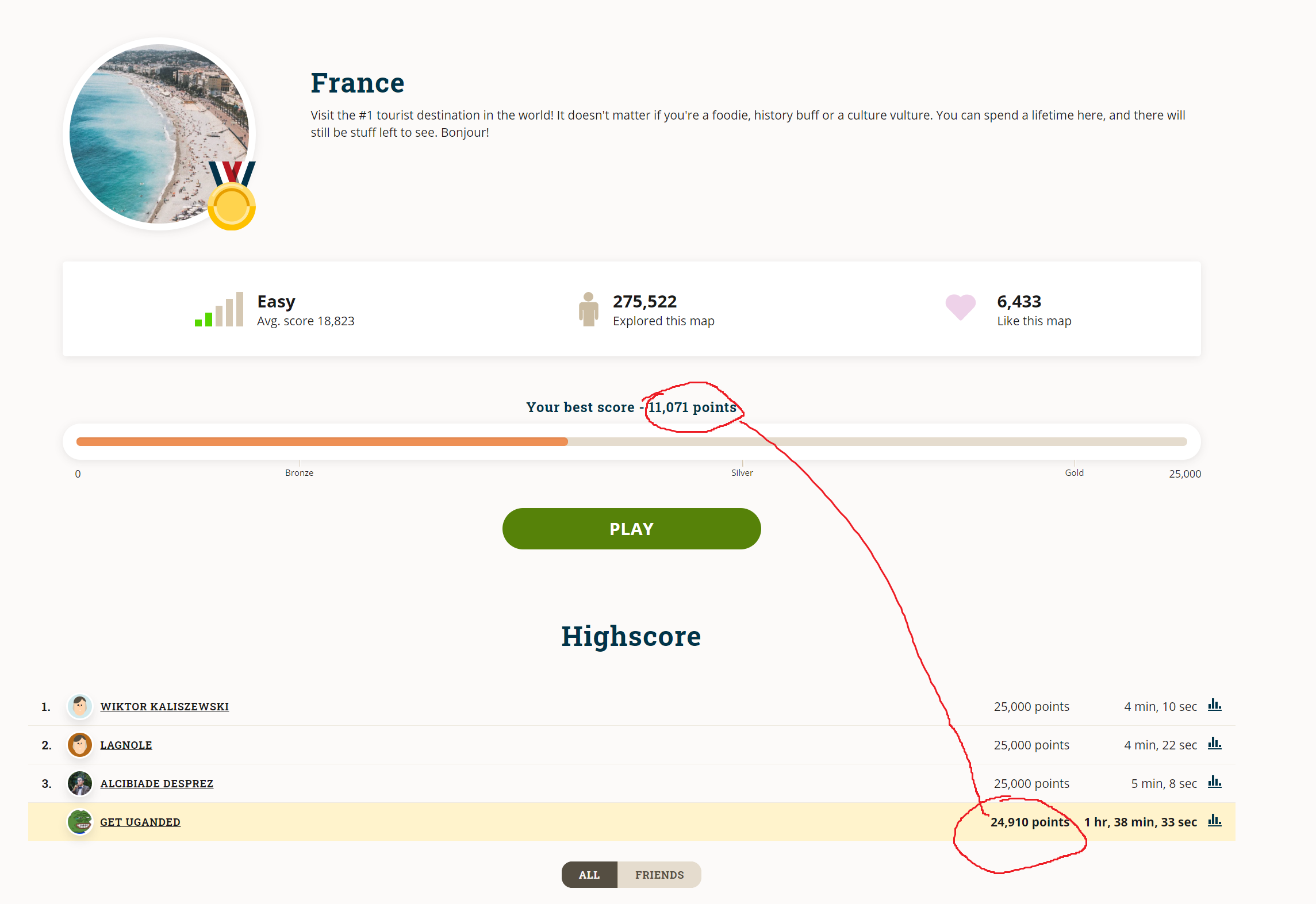