Hey,
I was trying to include Nur-Sultan/Astana in my map via Polygonal Regions feature.
Despite the fact that area contains several dozen of locations, mapmaker is ignoring that.
I can include those locations via Handipick feature, so these locations are valid.
Is that some sort of bug, or I am doing something wrong? 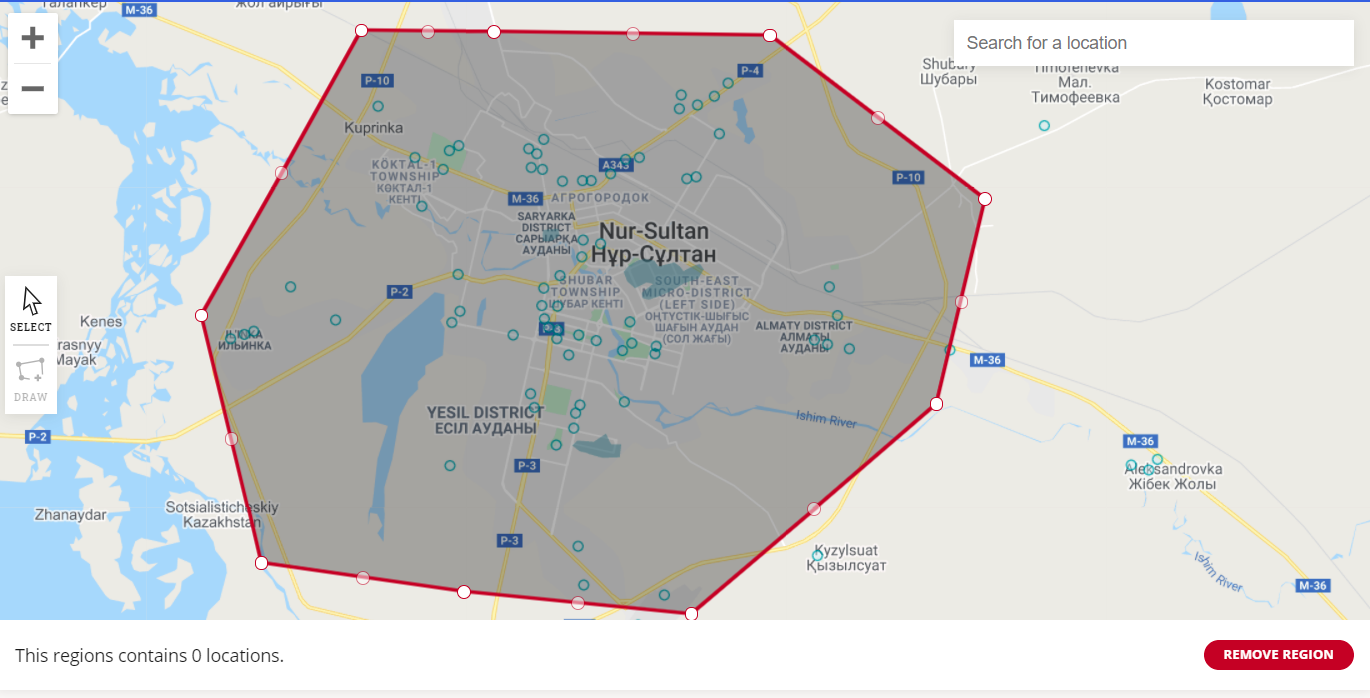