I've played a lot of competitive recently and even though the new system is a thousand times better then the rank based one, I think that there are still some balance changes to make.

First of all, I think that the matchmaking in duels is super unfair right now. As a player in the low masters, I'll be paired with people with 1.1k+ rating that will of course beat me. So in the weekend series, I will nearly lose all my matches and lose a ton of rating against top 100 players. But if I were to lose a few games on purpose to get to gold division, I would literally win every single match and get my 100 season points. The possible solutions would either be more strict matchmaking, or/and creating a new division at 1.1k rating (Maybe Champion division?)

Second of all, distance battle is too easy and a rating boost. I'm not trying to flex or anything; sometimes I go up to around 930 rating, and even if I think that I deserve this ranking in country battle (in my best days), I know that any Distance Battle player with 900+ rating would destroy me. But due to the lack of matchmaking in Battle Royale, I literally just have to get the country right to win a game of distance. So if I wanted to, I could boost my rating to like 1000 (or even more) even though I know I can't hold up with any person of this rating. The reason the countries br game mode is more balanced is because of the tools you have (Already guessed countries, 50/50) to help you; people with low rating will use the 50/50 without hesitation in the finals without even looking at the landscape, making it harder for better players to keep up.

In conclusion, I think that the matchmaking is not strict enough in duels and a new division is needed for the elite players. I can't really think of a solution for distance battle, but it is just so unfair that any player that *deserves* 850 rating is able to have as much rating as they want.

Anyways, here is what I thought the possible new division could look like. Whatever happens, I hope the game gets more balanced! 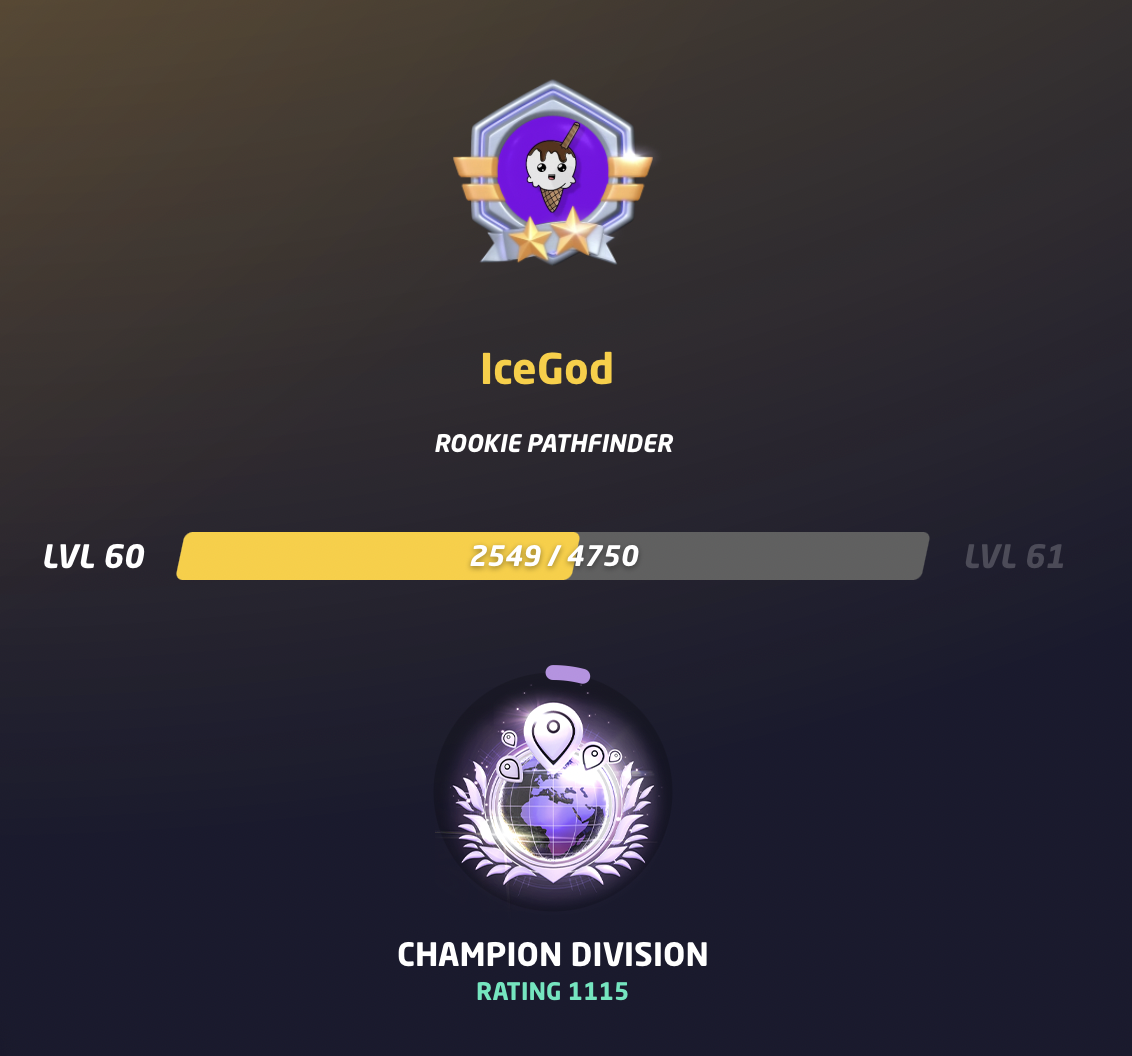