This is a problem I noticed few months ago but completely forgot to report it.

Some people are listed in the leg result (on the league page) with an incorrect position: 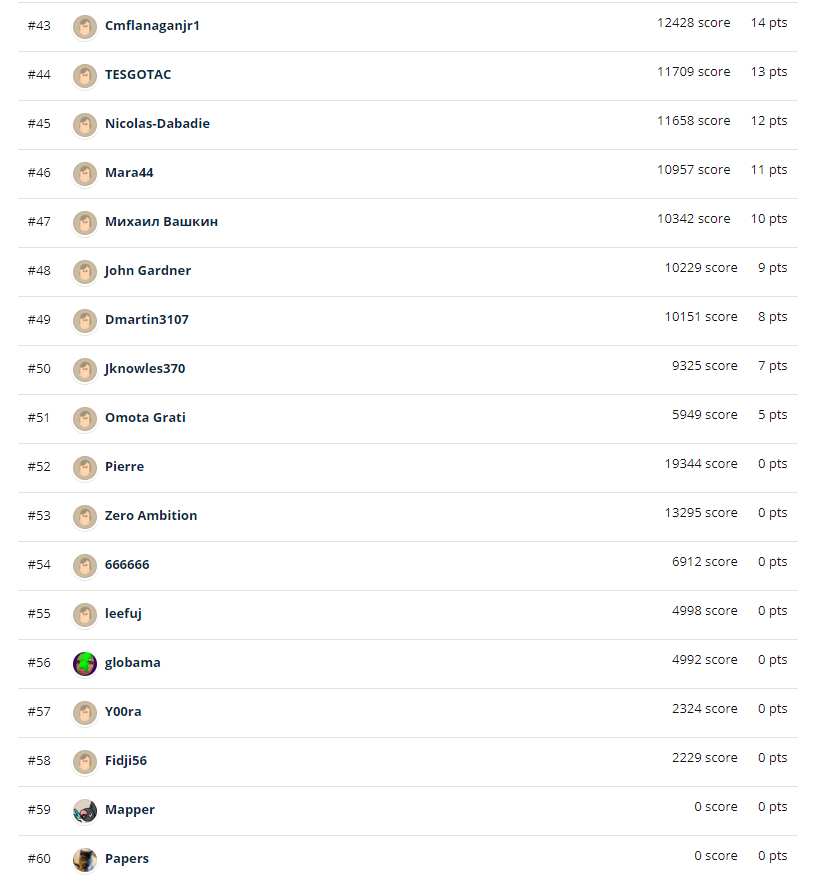 You can see 3 players are placed below player #51 despite of having more points. Also they do not get any points when they should have more (and in my opinion all players above 0 point should at least get one point). This appears in every league game I could ever see.

Also those players (all the ones under #51) do not appear in the final result screen of the challenge: https://geoguessr.com/results/2F96tez7tqjvKTmM

I think there is another problem: scores are calculated depending of the amount of players that finished the leg. This is not fair as someone finishing first on a game with lot of players will get extra points, and other players may struggle to catch him if suddenly less players finish the following legs. Instead of calculating points based on player amount, maybe it would be better to have a base point (for example 100) and then calculate the scores by giving a % of those 100 points. Some players on large leagues (with 100+ players) will probably receive the same amount of point but it's not really a problem if their score are very similar. Or maybe bump base score to 1000 instead of 100 to cover more possible cases.

GeoGuessr is a fun and casual way to learn about new places, play games and compete with your friends and others. Score the most point by guessing where in the world you just landed.
Log in as editor
Content and User Data Policy · About cookies