Jump to content
To latest comment
This entry is old and may contain information that is not up-to-date.

How Are 25000 Point Multi-Player Ties Decided In Challenges?

Hello! I looked at other related posts but they do not answer this question.

I used to think that the first person to win a challenge with 25000 points would be considered the "winner" and they would get the "trophy", even if other players get 25000 points when playing the game later.

I have come across at least one instance recently where I was the first to finish a game with 25000 points. I am AGKrause in the circled part of the image below and Nightey is one of my fellow friendly competitors in /r/geoguessr: 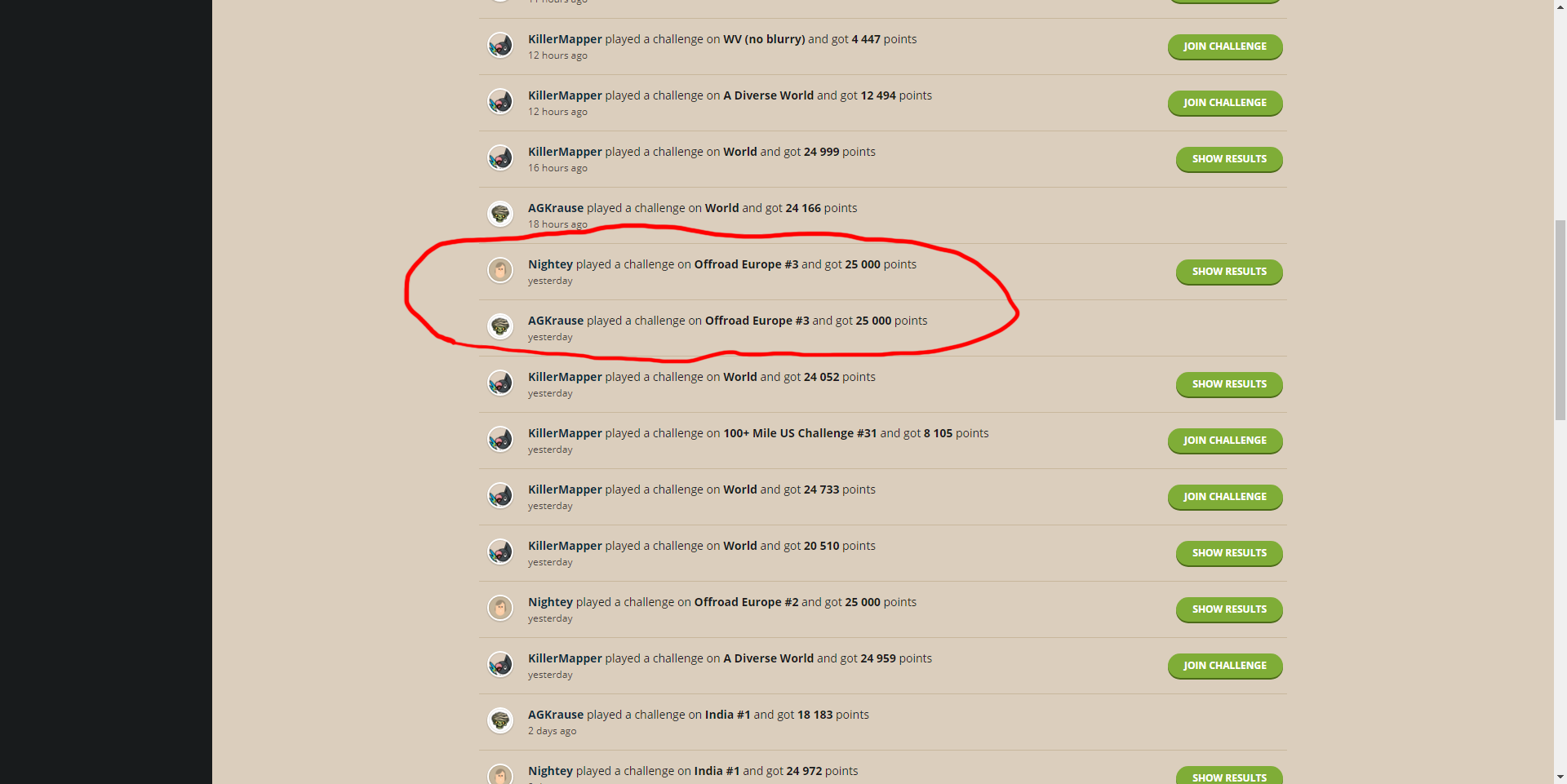 As you can see, he completed the game after me and somehow "took the trophy" and first place. I noticed that overall his guesses were a bit closer than mine, so I assumed that perhaps he won first place after me because he was closer when guessing.

The image below shows the top five players from the Offroad Europe #3 game that I circled above. From first to fourth place, everyone after Nightey is a bit farther away, seeming to indicate that distance was the deciding factor. However, when you look at fifth place SAAAACK--who also scored 25000 points--you'll notice that his guesses were even closer than Nightey, and yet he didn't get any higher of a score. 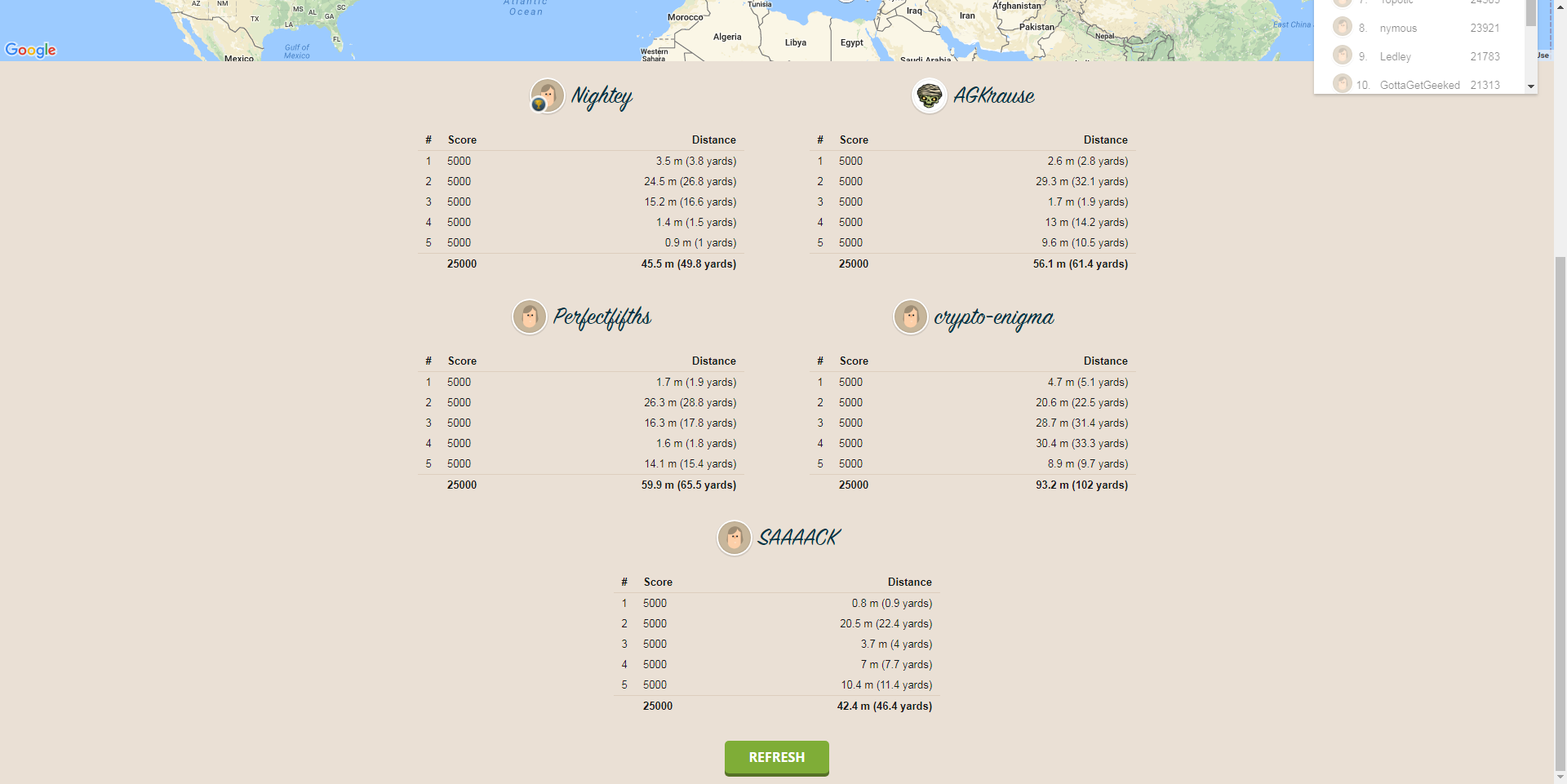 However, today I played a game in which I was the second player to score 25000 on a game, and my guesses were closer than the first place player, but I didn't steal first place. 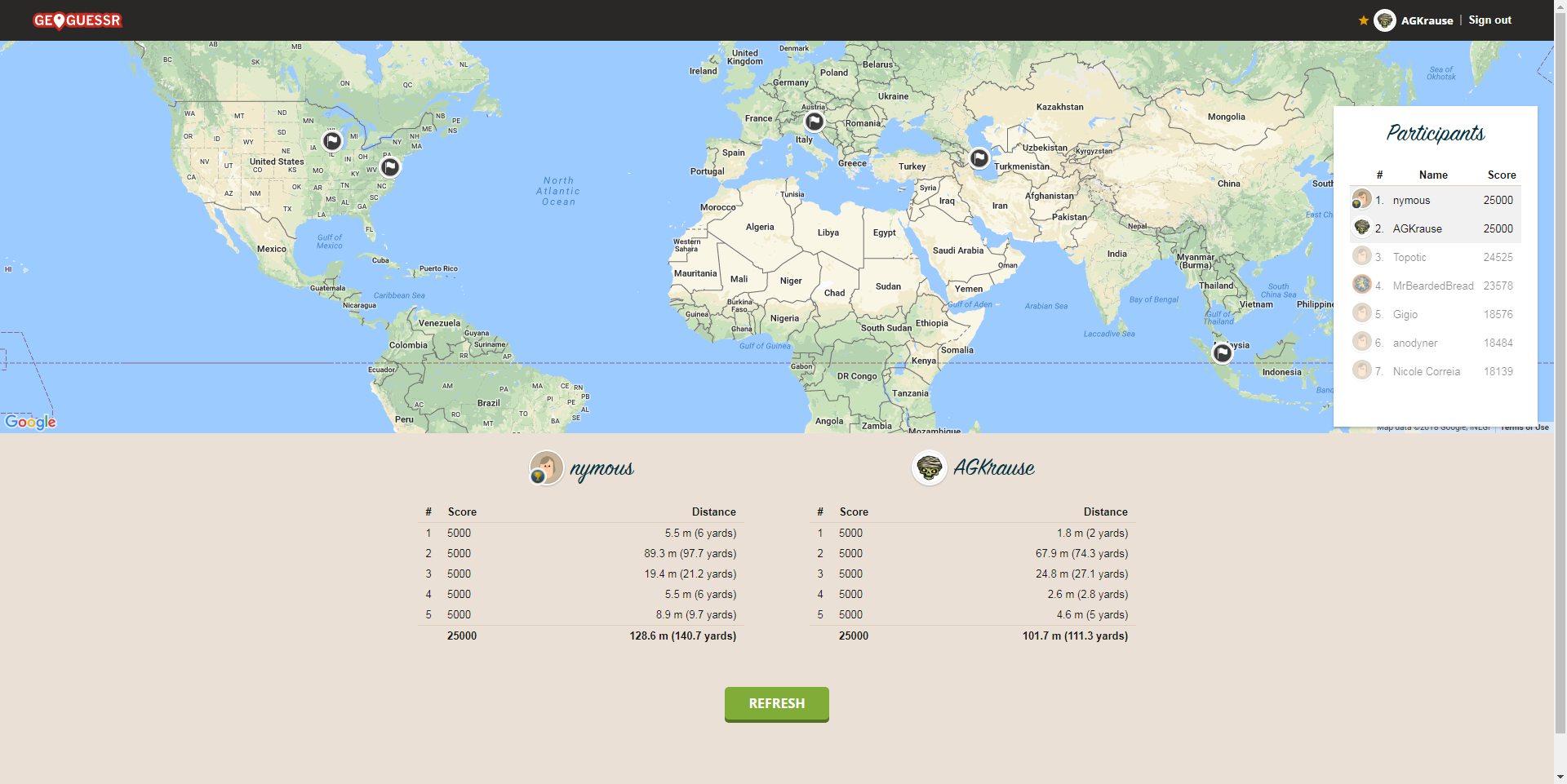 It was the same situation as the previous game, but yet the first place player remained in first. This seems to confirm that distance doesn't matter; the only thing that matters is getting 25000 points first. If that is true, how was the Offroad Europe game so screwed up in the scoring?

I'd love to know for the sake of knowing all of the "rules" of the game, which makes it more enjoyable to play. I enjoy friendly competition with my friends on /r/geoguessr, but for the sake of my sanity I just need to know how scoring actually works!