when playing Battle Royale Distance, it sometimes happens that two (or more) players pinpoint the location (equivalent to 5000 points in normal games). In addition to that, they might even be the exact same distance away (if we only count rounded metres) from the spot. However, one player still loses the round. This just happened to me and it's indeed infuriating to lose a Weekend Series game due to such a situation.

With that I have two possible ideas for improvements for making BR Distance fairer:

1. When multiple players are the same distance (rounded to metres) away from a spot, make them all sit at one joint position on the scoreboard, so that they all either proceed into the next round or lose the current round.

2. When a player guesses so that the normal game-equivalent of that guess would amount to 5000 points, make them automatically proceed to the next round, regardless of the amount of people actually being allowed to pass. (extra "pinpointed" level on the board (?))

Let me know what you think about this 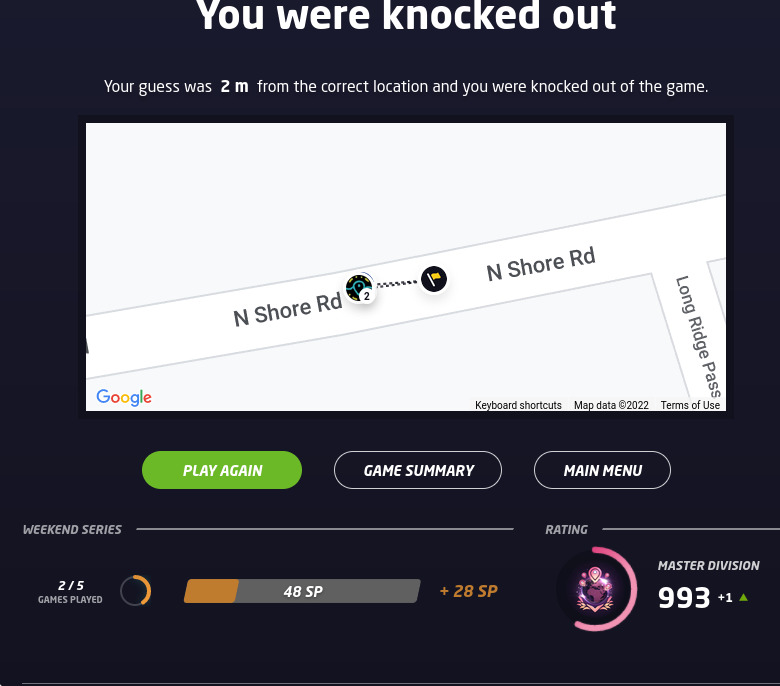